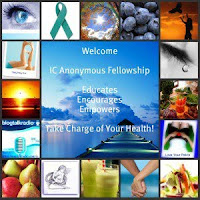 Guest Blog Post by ICAF Daily News
It is not unusual for an interstitial cystitis patient to be diagnosed with overlapping syndromes including food sensitivities and/or environmental allergies. Gluten, diary, pollen, animal dander, and dust mites seem to be the most common culprits.

Allergens cause the body to release a protein that we all know as "histamine. Histamine is typically a harmless substance that your body perceives as harmful. First, the body produces the IgE antibody, which then binds to the allergen. Then, the antibodies attach to one another and create a mast cell which then triggers the release of histamine. When this occurs, an excess amount of histamine becomes active in the body, resulting in bothersome symptoms.

The release of histamine (hist = because it's made up of histidine residues, amine = because it's a vasoactive amine) causes several allergic symptoms. 1) It contributes to an inflammatory response. 2) It causes constriction of smooth muscle.
Histamine can cause inflammation directly as well as indirectly. Upon release of histamine by an antigen activated mast cell, permeability of vessels near the site is increased. Thus, blood fluids (including leukocytes, which participate in immune responses) enter the area causing swelling. This is accomplished due to histamine’s ability to induce phosphorylation ( phosphorylation also regulates the activity of proteins, such as enzymes, which are often activated by the addition of a phosphate group and deactivated by its removal) of an intercellular adhesion protein (called (VE)-cadherin) found on vascular endothelial cells (the thin layer of cells that lines the interior surface of blood vessels). That is why histamine is known as being vasoactive (causing constriction or dilation of blood vessels).

Gaps between the cells in vascular tissue are created by this phosphorylation, allowing blood fluids to seep out into extracellular space (means outside the cell). Indirectly, histamine contributes to inflammation by affecting the functions of other leukocytes in the area. It has been suggested by Marone et al that histamine release triggers the release of cytokines and inflammatory mediator by some neighboring leukocytes (1999). These chemicals in turn increases the inflammatory response.
A urinalysis of an interstitial cystitis patient often show an over abundance of white blood cells (leukocytes) but no infection. These finding gave doctors a reason to take a closer look at symptoms that were more common amongst IC patients such as allergies.

What is A Mast Cell?


A mast cell (or mastocyte) is a resident cell of several types of tissues and contains many granules rich in histamine and heparin. Although best know for their role in allergy and anaphylaxis, mast cells play an important protect role as well, being intimately involved in would healing and defense against pathogens. Mast cells are very close to basophil granulocytes (a class of white blood cells) in blood. Two types of mast cells are recognized, those from connective tissue and a distinct set of mucosal mast cells. Mast cells are present in most tissues characteristically surrounding blood vessels and nerves. Mast cells play a key role in the inflammatory process. When activated, a mast cell rapidly releases its characteristic granules and various hormonal mediators into the interstitium (interstice is an empty space or gap between spaces full of structure). Mast cells can be stimulated to degranulate by direct injury (e.g. physical or chemical [such as opioids, alcohols, and certain antibiotics such as polymyxins]), cross-linking of Immunogloblin E (IgE) receptors, or by activated complement proteins. And we know that something we are sensitive to will cause our bodies to release a protein we all know as histamine.

In allergic reactions, mast cells remain inactive until an allergen binds to IgE already in association with the cell so, this tells us that the over abundance of mast cells/white blood cells in our bladders are obviously related to something we have an allergy to.

I was able to eliminate many of my symptoms by eating a clean diet and by cleaning up my environment.

Allergies to gluten (gluten is found in high concentrations in wheat, barley, and rye): schizophrenia (a mental disorder, benefited in a few cases by avoiding gluten and dairy proteins), celiac disease (a bowel disorder), dermatitis herpetiformis (a skin disorder).


Allergies are responses to the harmful interaction of our immune systems with agents from the world around us. You can take two broad approaches to improve your condition. First, you can try to find and eliminate the substance that is causing the reaction. Second, you can make your immune system stronger and therefore more resistant to the harmful substance that is at fault.

Why some people are allergic and others are not is still a grand puzzle. Most scientists think that susceptibility to allergens may be due to an inherited predisposition. However, considerable evidence indicates that introducing certain foods (including cow's milk) too soon into an infant's diet, at the time when its intestinal tract and immune systems are still immature, may provoke responses in its tissues that will lead to symptoms of allergy later in life. Similarly, respiratory allergies and skin problems may be started at that tender age, when the infant's immune responses are unable to cope properly with the alien allergens.

The ultimate and best test for identifying the substance suspected of causing an allergy is to eliminate the substance (whether it is a food, or a pollen, or a chemical compound), and then to note if the symptoms disappear and the patient’s health is improved. Confirmation of the diagnosis is made by adding the offending substance back to the patent's diet or environment and observing if the illness returns. Don't overlook the obvious truth that elimination of the villainous allergen is also the ultimate-and only-treatment for "curing" the allergy.

Although countless substances can cause allergies, the foods he eats should be the first suspects that an allergic person should investigate. This is true for two reasons. First, whatever we eat is 100 percent within our control. Therefore, once the cause of a food allergy is identified, you can decide to remove that item from your diet. Second, suspecting your food is a good bet: foods represent one of our most frequent, intimate, and diversified contacts with our environment. Molecule for molecule, we interact with the components in our foods more than with air or water, and, obviously, the complexity of the substances we contact through our foods is many times greater than is that of compounds found in air or water.

Even allergic problems that on first impression seem to be due to agents other than those present in foods (pollens, for instance) can often be helped by a change in diet. The immune system has a limited capacity to handle allergens from many sources. If your immune system is overwhelmed and you can lighten its burden in any way (for example, by eliminating all dairy products), then you will be helped to tolerate the pollen grains swirling about you from the tree outside your bedroom window.

A dietary approach to managing food allergies is the safest and most sensible step you can take for testing and for treatment.

Eliminate entirely the allergens in your environment, whether in air, or drinks, or foods. Most people will resolve their food allergies by using the elimination diet. Start by eliminating the leading causes of food allergies, which are as follows: Animals products (including eggs), chocolate, nuts, shellfish, fish wheat, corn, citrus,tomatoes and strawberries.

The elimination diet allows you to eat the foods that are least likely to cause your allergic reaction. When you begin this diet, allow 14 days in order to completely clear the body of foods that were eaten before starting the diet. By the end of the 14 days, if their trouble was indeed due to their foods, most people will be relieved of symptoms.

Just Tell Me What to Eat! 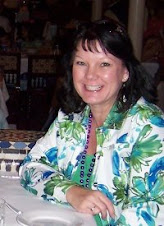 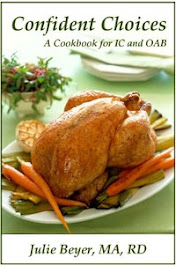 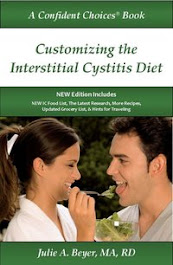 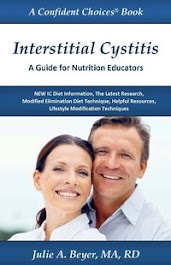 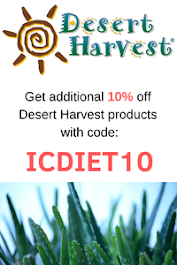